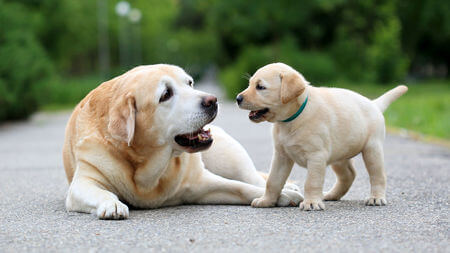 As the author and comedian Josh Billings once said, the only thing on earth that loves you more than you love yourself is a dog! There are many reasons this creature is held to be man’s best friend, well-known to those who already own them. They are dependable, devoted, loving, loyal, and, typically, adorable. Who wouldn’t want a best friend with these kinds of qualities?

The universal love of dogs is older than the pyramids and recent research has shown them to much more than our long-suffering pals. There is hard evidence that proves that the physical benefits of living with a canine companion are many. There is enhanced cardiovascular health, decreased blood pressure, lower cholesterol and increased physical activity, and that’s not all.

Dogs Lead Us Back to Nature

Dog owners need to walk their pets and some do so more than once or twice a day. They are a powerful motivator for us to get back into natural environments like beaches, parks, and woods.

Whenever Benjamin Stepp, a veteran of the Iraq War, experiences any kind of pain or begins to feel agitated and uncomfortable, his service dog, Arleigh, will spring up to distract him. She starts by putting her paw onto his foot, and if Stepp does not respond, she will take it one step further and rest her head on his lap. If there is still no feedback from Stepp, Arleigh, who came to him from K9s for Warriors, will stand up and actually put her paws on his shoulders!

The ability, called Emotional Contagion, refers to the spread of feeling between people and animals and is gaining traction in the science field. Recent findings published by the University of Vienna have suggested that dogs have an extraordinary ability to sense our emotions and are able to differentiate between good and bad ones. And sometimes that’s all you need when you’re feeling down.

With our never-ending To-Do Lists and daily pressures, life is frequently tough. Recent studies have shown a massive psychological benefit in bringing your furry little friend to work with you, and a growing number of companies are offering dog-friendly environments in order to maximise this.

Students are another demographic reporting insane levels of stress, and when the University of British Columbia brought in therapy dogs for its students, the results spoke for themselves. Learners were surveyed before and after engaging with the animals and reported significant decreases in stress levels, along with higher energy levels and increased happiness. Dogs Teach Us How to Be More Mindful

When your dog is lying on the floor in a spot of sun streaming through the window, it is doing nothing more than that. They are embracing the experience of the sense of warmth spreading across their little bodies and nothing more. They serve as a powerful reminder to bring your attention back to the present moment.